Hey there, it is SMASH LEGENDS!

The following changes will be in place after the Oct 12th (Tue) update.

■ Addition of a New Map

- The rotation order for the map after the update is as follows.

During the dark night, the laboratory that has been hidden in the broken tower has finally revealed its part of the appearance.

The magic circle left behind by witches is fuming rather dangerous energies.

That was a place where witches worked on making ominous magic hiding from the tower.

Be careful when you get close to the light! The flames might spread and make you feel burning.

but there is one thing unique about this map.

The outer part of the map has an area where the Legend gets damaged continuously,

so Legends outside the central area will suffer from flame damage.

The longer the Legend is exposed to the magic circle, the higher the damage will be.

So, do your best to stay in the central area.

- At the Dream Shop, two Legends, Master Cat and Nui, are added. 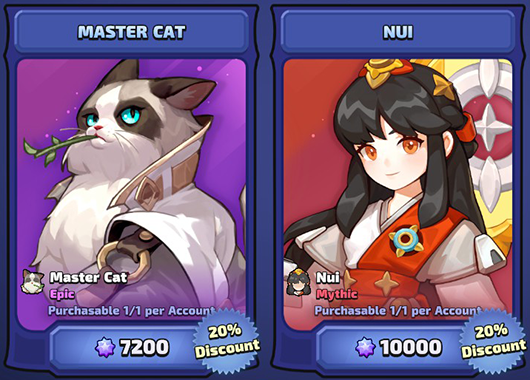 * If you already own these Legends, they will not be displayed.

- Hook skin and Flare skin have been added to the Dream Shop. 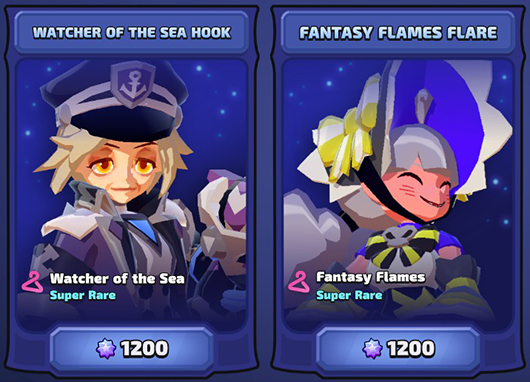 * Please be informed that the above skins are available to purchase even if you don't own the respective Legends.

- Ducky and Swan Emoji Box and Alice Emoji Box have been added to the Dream Shop. 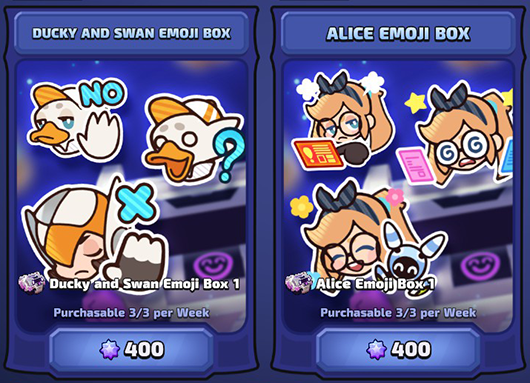 - At the Dream Shop, the Dream Rare Ability Box has been added. 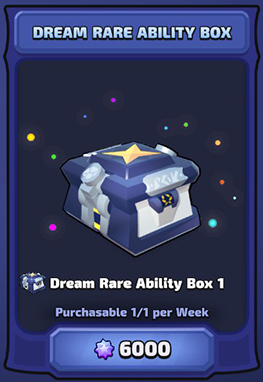 * (Added on Oct 12th 14:00) Rare Ability will only appear if both of below conditions are met.

: If your rare ability is below level 3

: Upon purchase, you get 165 gems immediately.

: Including the day of purchase, you may get 36 bonus gems every day for 14 days in the Mailbox.

: If you managed to receive all bonus gems, the total amount of bonus gems will be 504.

* You cannot claim rewards for days you did not log in to the game.

* The package will not be displayed for 14 days after you purchase it. Once 14 days passed, it will be displayed again.

- After the update, new packages will appear at the shop depending on the period.

* Bonus Ability Rate Package is available to purchase 1 time only per account per package.

* Above details are subject to change due to internal circumstances.

: Octavia is originally designed to help allies with her heals so that team can continue to fight against foes.

However, as her general power was not enough, it was challenging to add strength to the team's combat power.

Therefore, we have buffed her specs in general, allowing her to be more active in the matches.

: Delay after initiating the Ultimate is slightly reduced.

Until now, Alice could defend the important main area for a long time, taking advantage of her mines and high HP.

However, she had too strong HP, unlike her role, Support, which could make her more like Vanguard,

who could interfere with foes by making them stunned or slow.

We have reduced her HP to make collaboration with allies more important.

: Robin's aiming skills are excellent, but the arrow itself was too thin.

Therefore, we have granted him to use thicker arrows.

- For abilities that have HP recovery functions are now based on maximum amount of HP.

- Standardized the effect difference between the level 1 and 3.

- Improved abilities that are hard to be triggered but not so effective.

- Improved abilities that are difficult to feel the level-up increase rate.

- Adjusted abilities that are far stronger than other ones.

- Added effects where the bomb lands on.

: When you throw a bomb or magnet bomb, now there is an effect that tells you in advance in which direction the item will land on.

- Changed the match result screen to show your own team, not the won team.

: When it is a tie score, and the match ends (after 3m 30s), the team in control of the Dominion Point now wins the match.

- App guard and Game Guard have been updated.

: Fixed an issue where Octavia's third ground attack projectiles disappeared after getting hit by allies.

: Fixed an issue where players are unable to acquire the profile icon reward in Octavia Legend Road even after they reached 400 medals.

: When in Swan form, fixed an issue where the Ultimate effect lasts when you attack towards the end of the map.

- Fixed an issue where score fields in Dominion are displayed abnormally in the middle of re-login the game.

- (PC) Fixed an issue where the input cursor was incorrectly located when entering a friend's player code.

- Fixed an issue where the first chat stays forever after joining the team.

- Fixed an issue where the speech balloon is not displayed in chats for those who have re-joined the team more than 1 time.

- Fixed an issue that caused another skin purchase ation window to pop up when you press the purchase button of a Legend skin that is not purchasable.

: When you equip an item to throw

: In the middle of holding the button to charge Robin's skill

The update content is subject to change due to unexpected issues.